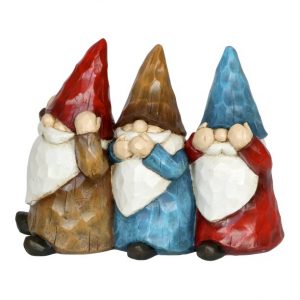 What is so striking about the so-called pro-life crowd is that they value fetal cells more than actual living beings. And somehow feel they are taking a moral position—the highest, holier than thou position, in fact. (That craven politicians, many of whom, I suspect, back the anti-abortion bills not from any religious conviction but because they think it will help them get reelected requires digging under hell’s basement to create a new, even lower rung. Let’s hope the vote in Kansas causes some of them to rethink their “beliefs.”)

How easy it is, how romantic, to rhapsodize about babies-to-be in the void. Without reference to maternal health, mental health, fetal viability, rape, incest, poverty, catastrophe. Those messy aspects of reality that inconveniently intrude on the absolutist position. What a shortcut these folks take, avoiding any consideration of the real-life consequences of unwanted or dangerous pregnancies, the effects of even “normal” pregnancies on women’s bodies and skipping directly ahead, do not pass Go, to their idea of godliness. That pregnant women who are at risk already are being turned away from hospitals, that a 10-year-old girl was raped (and the doctor who performed her abortion is being vilified), all this has no effect on their smug self-congratulation.

And let’s revisit this. A 10-year-old girl raped. Imagine a child that age going through a pregnancy. An already traumatized, violated child. What would her life be like for those nine months? And what would it be for her to go through labor and delivery? And what would her life be after that? These are questions for those of us willing to think about it. But not apparently for those who turn away and, instead, screen themselves from her situation by holding up some fantasy vision of precious bundles of joy.

How bitterly ironic that someone like Amy Coney Barrett, who has been elevated to the Supreme Court (albeit by an unpopular, unqualified and probably criminal president) should make a ruling to keep women barefoot and pregnant as the old saying goes, making it difficult, if not impossible, for many to pursue the educational and professional opportunities she has enjoyed. Perhaps she imagines herself as exceptional—superior to most women. A deep misogyny underlies the anti-abortion movement. Those folks who have been forced to tolerate the few women who’ve managed to get through the door to gain a certain status in various fields now have the chance to make it harder for more of them to squeak through.

Our Amy proposes adoption as the answer to all unintended pregnancies Or safe havens where she seems to think depositing your infant is as simple as dropping off an Amazon return. But relinquishing a child is never an easy decision for a birth parent. And here are just a few more inconvenient truths: According to the most recent report by the U.S. Children’s Bureau, there are over 400,000 kids in the already broken foster care system in the country. Older children and children of color are less likely to get adopted. Youth aging out of the foster care system without being adopted have disproportionately poor educational and employment outcomes, and often experience homelessness. But, again, these are merely facts the so-called pro-lifers can’t be bothered to wrap their little closed minds around.