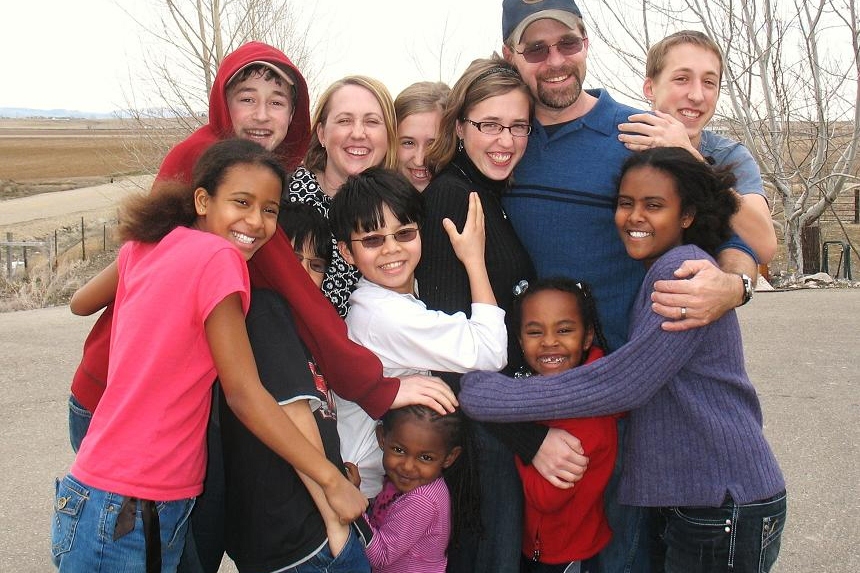 Last week I went with my daughter to a conference on Transracial Adoptee Identity. She is adopted from China and is planning to develop, for her college senior thesis next year, an identity model for transracial adoptees (TRAs). The two presenters at the conference, both transracially adopted themselves, have created their own models for TRA identity, on which my daughter will build.

Because of her life story and her research—in which she had been engaged since high school—we have talked a lot about the complexities of transracial adoption. They include the dilemma, common to many TRAs, of feeling one way about oneself but being perceived by others as being something else.

In my child’s case, this means identifying with white culture (at least, how it is represented in our household) but being expected to fulfill the stereotypes of Asians by those who don’t know her. Of being nisht ahin, nisht aher, as my grandmother would have put it—neither here nor there—racially, ethnically, culturally. Of enduring continual microaggressions: Being asked where she is from really, who her real parents are, being told she speaks English so well. Being told she is good at math because she’s Chinese. Being mistaken for the other Asian girl in her nursery school class or on her soccer team.

Those of us who, for example, are seen as, and identify as, black, Asian, Latinx or white (let’s not forget, by the way, that Jews, Italians and the Irish were not initially considered white by Americans) and were raised in same-race families, no matter what other issues we may have, don’t live with this dissonance. How exhausting it must be to always have to explain yourself. How invalidating and hurtful.

I can’t have direct experience of what my daughter goes through, but I believe I can, to some extent, not only understand it, but feel it. That is why, at the conference, I was particularly struck by something one of the presenters—black, Native American, Jewish, raised by a white Jewish family—described: a remark that had been made by one of her biologically white sisters: “I don’t feel white.” Growing up with a sister she loved who faced discrimination because she was seen as black, she had internalized some of that sister’s experiences.

It put me in mind of several things: James McBride’s white mother, whom he writes about in The Color of Water, who thoroughly embraced living in a black community; Rachel Dolezal, who, like McBride’s mother, says she feels more connected to black people than white, although Dolezal has been excoriated because she actually claimed to be black; and the recent controversial article by the philosopher Rachel Tuvel about transracialism, in which she refutes objections to the idea of people changing races and argues that people should be able to change their race just as people can change their gender.

The presenter’s white sister, who married a black man, was not claiming to be black, only that she didn’t feel as if she belonged to the race she was perceived to be. This is how the presenter, and many TRAs, feel, because they were not raised in the culture that traditionally coincides with their outward appearance. My daughter knows she is not white, but she feels more white than Chinese. I am not Chinese, but because of my relationship with my daughter I feel a little less white. My guess is that something similar to this occurs to many people in mixed race families.

There have been studies that show how contact between people of different races can reduce prejudice. But what I’m talking about goes deeper than that. It is not merely increased acceptance of others and heightened awareness of discrimination of any kind. It is about how one comes to understand oneself in the context of race. While it may be that people cannot change their race, (and what is the definition of race, anyway?) it is clear that the intimate experience of loving someone of another race can profoundly influence how one thinks about one’s own racial identity. I find that fascinating and extremely hopeful.