Girls Are Good, Too 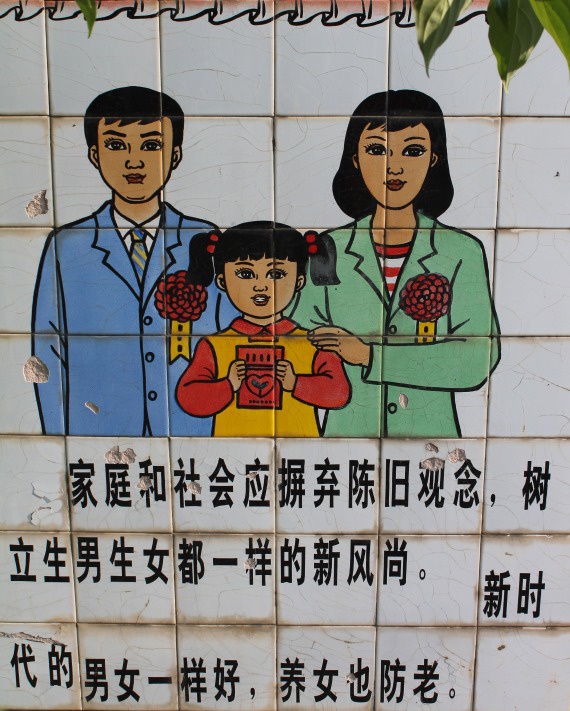 China just announced that it is ending its one-child policy. Not that this means families can have as many kids as they want—just that now they legally can have two. In fact, minorities and couples in which both husband and wife are themselves only children were already allowed to have two children. Still, this new rule is an improvement. Ironically, though, there have been many anecdotal reports of people stating they want only one child as the cost of living is so expensive they don’t think they could afford more than one.

While I am happy for the people in the PRC who do wish for a second child, I realize that the policy change comes too late for those families, past childbearing years, whose one son or daughter has died, such as those whose children were killed in their ill-constructed schools during the 2008 Szechuan earthquake.

I also think about the anguish of the Chinese parents who gave up their babies, mostly girls, because of the policy, believing that having a healthy son was their only chance for some degree of economic security—or for survival. They abandoned their female infants to avoid cruel punishments for going over quota.

I remember a crudely-painted billboard in Guangzhou that we passed in 1997 when we went to finalize the adoption. It showed a smiling man holding up a little girl. The characters translated roughly as: “Girls are Good, Too.” This campaign didn’t seem to work very well, considering the vast numbers (never accurately counted) of baby girls who were being cared for in the orphanages throughout China.

The abandonments, and, later, the wider availability of amniocentesis and ultrasound leading to selective abortions, resulted in a severe shortage of women in China. Based on 2010 numbers from the United Nations Population Fund, China is “missing” about 24 million girls between the ages of 0 and 19. That’s over 14 percent of the female population in that age range. Recently, a proposal was (perhaps only half-seriously) made by a professor in Zhejiang that men share wives. This is outrageous, of course, but, sadly, a less brutal solution than the ongoing trafficking of women for forced marriages.

Of course I recognize that the one-child policy, while causing so much pain to Chinese people, worked to my and my husband’s benefit, and to the benefit of the tens of thousands of others around the world who adopted from China. It is only because of the family-size restriction, coupled with a traditional preference for boys, and China’s finding itself unprepared to cope with the immense population of abandoned children, that we have our daughter.

Those of us who adopted from China closely follow the changes in the family planning rules. Each time something is announced we are reminded of how and why we have our children. We are reminded about the loss endured by so many mothers and fathers, and we think about how they must feel each time the regulations are eased.

And we also revisit our fears about the baby trafficking in China, a horrible byproduct of the demand for children both inside and outside the PRC. Did we unwittingly abet this horror because our contributions to the orphanages made it clear that a considerable profit could be made from selling babies? And were our own children falsely represented as orphans or abandoned so that they were available for adoption?

I take comfort in the fact that when we adopted there were so many abandoned children that there was little incentive to traffic children. And from our meeting, when we went back to China ten years later, with the police chief who was there when our daughter was found and told us the story of that day.

Our child is a half-hearted student of Mandarin. She didn’t enjoy our trip to China and has no interest in ever going back. Now in college, she is still sorting out her identity. Raised in a Caucasian family, she doesn’t feel Chinese. But whenever there is a news story about the PRC, especially one that’s about the one-child policy—the reason that we are together— I realize anew that she is, as we are, forever connected to China.