Telling the Dancer from the Dance 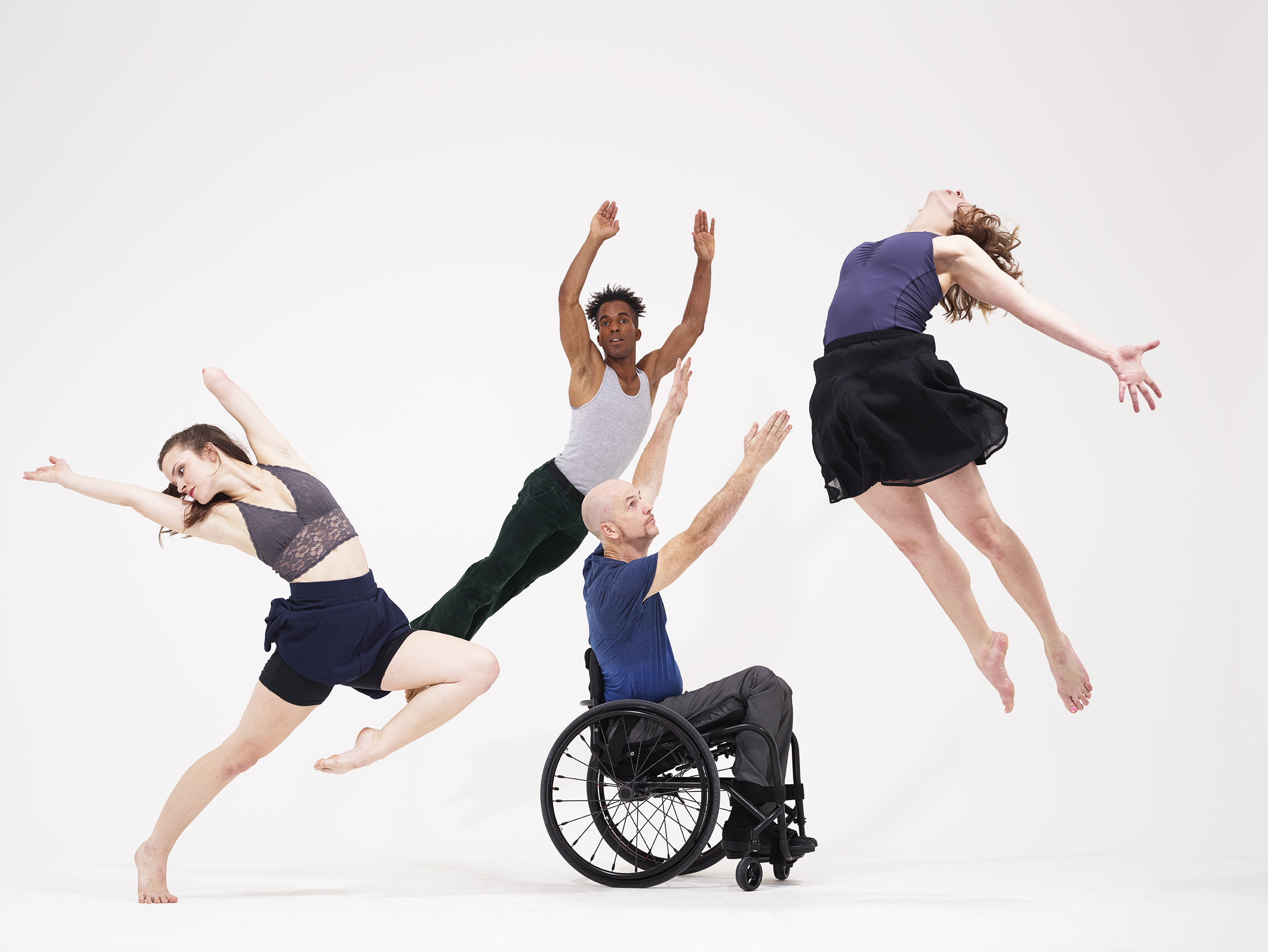 Recently I went to a joint dance performance by the Heidi Latsky Dance and Axis Dance troupes intended to honor the 25th anniversary of the Americans with Disabilities Act. Both companies are composed of able-bodied and disabled dancers. In addition to the stage performance, Latsky had created a living installation in the multi-level lobby of the theater, titled “On Display.” It consisted of about 30 people, some with disabilities, posing like statues and wearing (awful) white costumes that resembled hospital gowns. On a screen in one part of the lobby were words on a continuous loop describing the physical characteristics of the people posing. A voice mechanically intoned the words. The audience, some standing, some sitting on the stairs, watched as the performers, never interacting with them, slowly changed their positions. Some of the performers were visible to people on the street, who, as they were walking by, stopped to watch.

“On Display” seems to want to challenge the way we judge people by their appearance. Its stated purpose, posted on a signboard, was to explore “what our gaze is drawn to, and how long we will linger there.” And I guess one way it achieved that was simply by making us think about the question of how we see others. Perhaps, too, some of those who viewed the performers for a prolonged period did become aware of whether they looked at certain features, or certain people, more than others. Maybe they found themselves either focused on or repelled by the people with disabilities and asked themselves why.

But my impression was that the installation—perversely, as this was supposed to be a tribute to the ADA—resembled a freak show more than a museum display; in other words, one was reminded of bodies being used for voyeuristic purposes, not for aesthetic enjoyment or an intellectual exercise. We audience members had paid to see a show; we were the ones privileged to look. The performers were there for our amusement.

I found the atmosphere oppressive: the crowded space, the figures under the spotlights, the loud, droning, impersonal voice. I felt as if I were on display, and wondered what the other audience members who had disabilities thought. People with disabilities are used to being either stared at or ignored. Or, to be more exact: being stared at and then ignored. “On Display” mimicked that experience. Was I being too sensitive? Maybe. But while I was prepared to see the dances, I was not expecting the confrontational aspect of the installation.

Disappointingly, the dances themselves did not really incorporate the disabled performers in a meaningful way. The glory clearly went to the trained, able-bodied dancers. Just as “On Display” had not been fully thought through, neither Latsky’s nor Axis’s choreography had figured out how best to present and use the disabled body in a performance context. Still, I applaud them for bringing people with disabilities into mainstream dance. Seeing someone in a wheelchair, or with cerebral palsy, or with one arm, on the stage helps normalize the idea that dance, the most physical of art forms, can be barrier-free. At some point, perhaps, this integration will cease to be awkward or unusual, and become the definition of what dance is, who dancers are.